Geoffrey Moore explains why machine-learning is a viable way of automating decision-making rather than AI.

"AI develops conceptual models of the world that are underpinned by set theory and natural language. In this context, every noun or noun phrase represents a set. Every predicate implicates that set in other sets. If all human beings aremortal, and you are a human being, then you aremortal. It’s an exercise in Venn diagrams. By extending these diagrams through syntax, semantics, and analogy, human beings build up conceptual models of the world that enable us to develop strategies for living. AI seeks to understand and emulate this capability in expert systems.

But results are mixed and fallen far short of earlier hopes.

Machine Learning, on the other hand, is about simulating human intelligence not understanding it.

Each image, photo, video. text phrase, sound packet is converted into a string . The brute force application of computing manipulates this and other strings to identify correlations. High correlation indicates causation but early on the link is tenuous. Testing this many times accuracy is improved and eventually predictions can be made with greater confidence.

Algorithms are continually tested and improved until they gain "industrial strength".

In car repair and insurance customers may take photo evidence of damaged panels. Ingesting this data into a "big Database" a tool like IDOL and/or Vertica with their machine -learning functionality  can compare the image (string) with that in the database and identify the correct panel. If that can be achieved accurately it potentially avoids the need for a physical examination. Not an easy task when panel parts change over a vehicles's lifetime.

This would save time and money- the body-shop only brings the car in when it has the right panel part in stock, This saves on replacement car-hire time and the motorist having to wait ages for return of the repaired vehicle. All part of the digitisation of manual processes.

This very process is being experimented with now. Another car insurance example is to add streamed video data to telematics evidence to gain contextual evidence. The HGV driver who braked aggressively may have been driving recklessly. But video evidence shows a car driver overtaking dangerously being the cause of a potential  accident.

An analytics platform with machine learning could weed out those cases where drivers were actually behaving responsibly in order that human beings can focus on just those incidents that require subjective judgements.

But before we get carried away, this is to tackle the problem that humans cannot deal with every decision that has to be made. Data streaming, the IoT- the volume of data is just too large so machine-learning to there to take away the simpler decisions that can be made automatically so human intervention is focused on these decisions that need human cognition.

The rise of cloud computing brings with it the promise of infinite computing power. The rise of Big Data brings with it the possibility of ingesting all the world’s log files. The combination of the two has sparked widespread interest in data science as truly the “one ring to rule them all.” When we speculate about such a future, we tend to use two phrases to describe this new kind of analytics—artificial intelligence (AI) and machine learning. Most people use them interchangeably. This is a mistake. 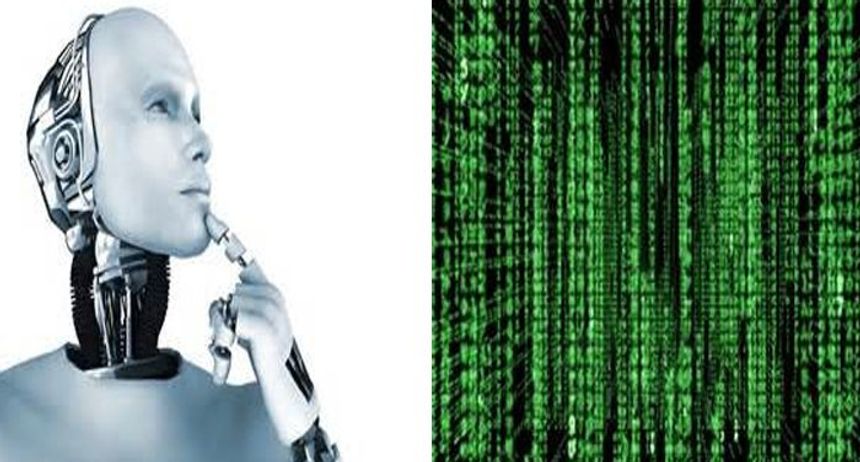 AI is from Venus, Machine Learning is from Mars https://t.co/X8dTRAIwWy

#AI is from Venus, #machinelearning is from Mars. A good distinction. https://t.co/2Vz2qtPu0z

AI is from Venus, Machine Learning is from Mars #BigData #ArtificialIntelligence #MachineLearning https://t.co/Ptbx7zQtB3